“...they can tweak it, visualize it, and share their findings much faster, with no hardware or software concerns, lower friction, and a lot more fun at work” 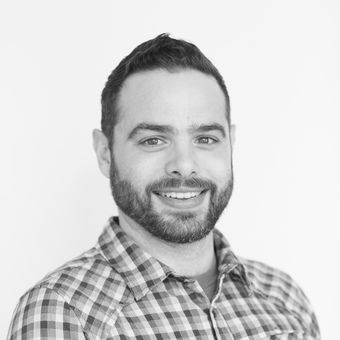 Stitch Fix is an online personal styling service that fuses the human touch of expert stylists with the precision of advanced data science and algorithms to recommend items of clothing tailored to an individual’s unique fit, size, budget and style. The company was founded in 2011, and employs 8,000 people, including 145 data scientists, as part of its unique approach to the fashion industry.

Stitch Fix has hundreds of internal data sources and algorithms for styling, operations, merchandising, inventory management, allocation and warehouse optimization. Data is foundational to the company, driving decisions and actions across departments. The Algorithms team generously shares its technical deep dives on its blog. With over 145 data scientists, sharing data, code, algorithms and knowledge is imperative.

Stitch Fix’s Data Platform team started using Observable from the early days to enable ad hoc exploration of data and the many endpoints in the company’s service-based enterprise platforms.

“We have a panoply of services that operate independently of each other. Valuable insights can be found regarding incidents, or other movements in the business. Nearly all of our services expose their state in rest APIs, so being able to knit all of these various APIs together to create a coherent view has been invaluable,” says Tarek Rached, Director of Algo UI at Stitch Fix.

Observable notebooks are now a critical part of the company’s enterprise stack, documenting and explaining the logic and connections between the different data sets and services. This happens both implicitly (since the code and mappings are visible in one place) as well as explicitly (documented as text in the notebooks) This saves a lot of time, and streamlines the back and forth between the data scientists, engineers, and decision makers.

Observable empowers the data scientists to rapidly incorporate data into their models with no infrastructure or software to set up. With the easy visualization and interactivity in the platform, they can collaborate, test, and launch their ideas much faster. And because the code, narrative and visualizations are web-based and accessible in their private team space, they are able to share and collaborate more easily with each other and partners.

“With Observable, we are able to explore, iterate, and collaborate much more effectively. All the logic is transparent - even when disparate data sets and APIs are used. This allows us to coalesce the knowledge of many data scientists, engineers, and domain experts working across the company into one cohesive document. We are literally all on the same page.”

“Everyone who has access to a notebook can interact with it and modify it with no additional steps, process, or tools to download, and that means more people are empowered to contribute.”

“With Observable, our data scientists don’t need to talk to anyone to spin up their work. They can simply create a notebook, or use an existing one, and instantly get data from any API endpoint in our system. Then they can tweak it, visualize it, and share their findings much faster, with no hardware or software concerns, lower friction, and some say, a lot more fun at work,” says Tarek. 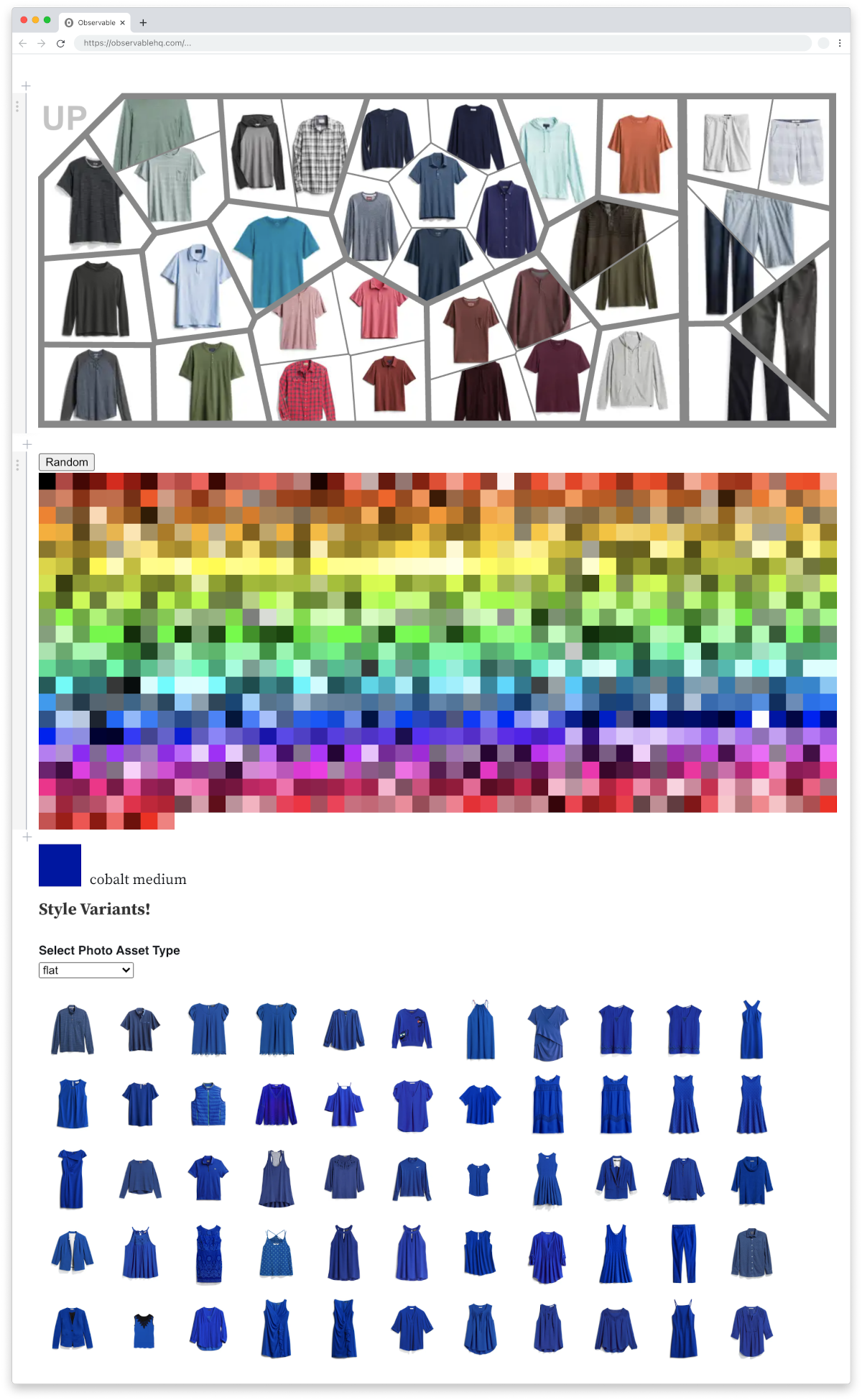 Some of the cool things Stitch Fix created on Observable