Float Protocol is building the decentralized monetary system of the future.

“Using Observable, we can explain complex scenarios in a simple visual manner and readers do not need to trust but can verify how we have done it.” 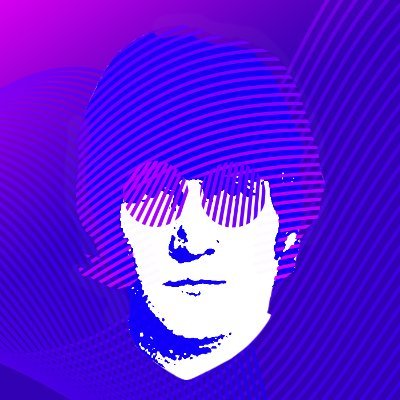 In the cryptocurrency space many tokens peg their monetary value to the US dollar for example, Tether, DAI or USDC. These are known as stablecoins and are some of the most widely used tokens on the Ethereum network by market capitalization. Float Protocol asks the question, why is this the case? Why should an ecosystem which prides itself on open, permissionless, borderless, censorship resistant and decentralized systems use base currencies that are pegged to a single state’s fiat currency and monetary policy? Float Protocol is building the decentralized monetary system of the future and at the heart of it is the FLOAT token. Float is not designed to hold its value to $1.00 USD but instead it is designed to float and change value over time like most major fiat currencies.

Dutch Auctions work on a price curve, starting from a high price and moving down to a floor price. For us the high price is the average market price for the last period, and the floor price is the “target price”, the value of FLOAT that the algorithmic monetary policy aims for.

Challenges
“One of the main challenges is communicating how these auctions will operate in different market conditions. When does the Protocol sell FLOAT, when does it purchase FLOAT and how much FLOAT?”, says John L, Lead Researcher and Co-founder at Float Protocol.

Many people are used to typical English auctions where all the goods go to the highest bidder but not everyone is familiar with Dutch auctions. These have an extra game theoretical aspect where it is not only about the best price that you can afford as a purchaser but whether you will get there in time before someone else is willing to take a less affordable offer.

Additionally, what influences the price of FLOAT over the long term is how the target price changes over time. The monetary policy algorithm used to calculate the target price aims at capturing market sentiment via the value of the currencies in the basket alongside whether there is high or low demand for FLOAT.

It is one thing to write the equations down but it is another to simulate how the target price would change in varying market conditions over extended periods. Furthermore, parameters controlling the monetary policy of the Protocol can be finely tuned via governance token holders overtime as the cryptocurrency market continues to evolve. These are all key elements of the Protocol which Float Protocol wanted to convey in a litepaper, the number of figures required to do so however would be very large and fairly complex in character. The data sets and the equations used to generate the figures would also be large and readers would just have to trust that Float Protocol did it in a fair manner.

How did Observable help

Using Observable enabled Float Protocol to reimagine a typical whitepaper into one where data is at the forefront, where the reader is able to interact with values in a way that is more approachable, accessible, and social. 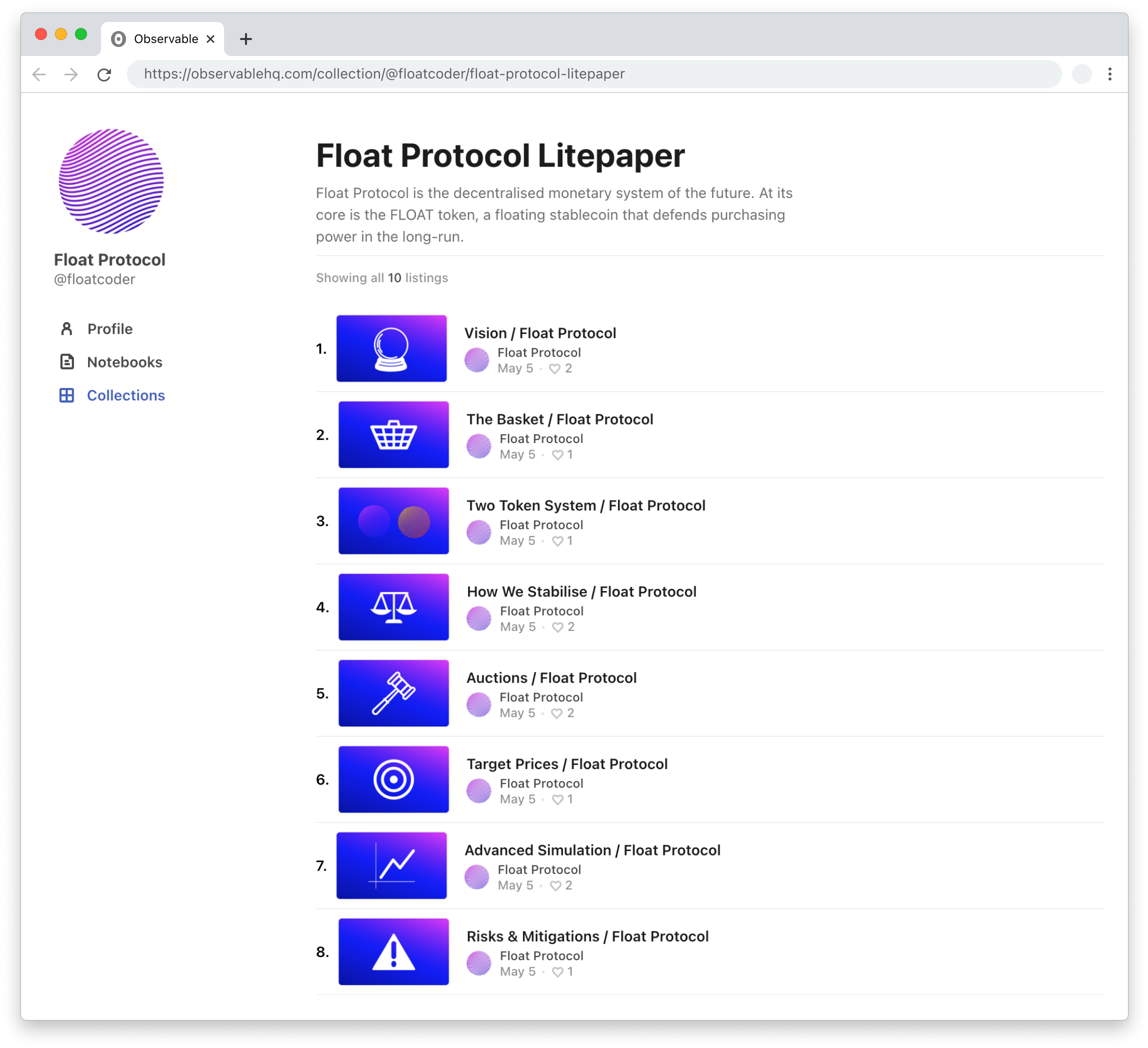 The Litepaper on Observable 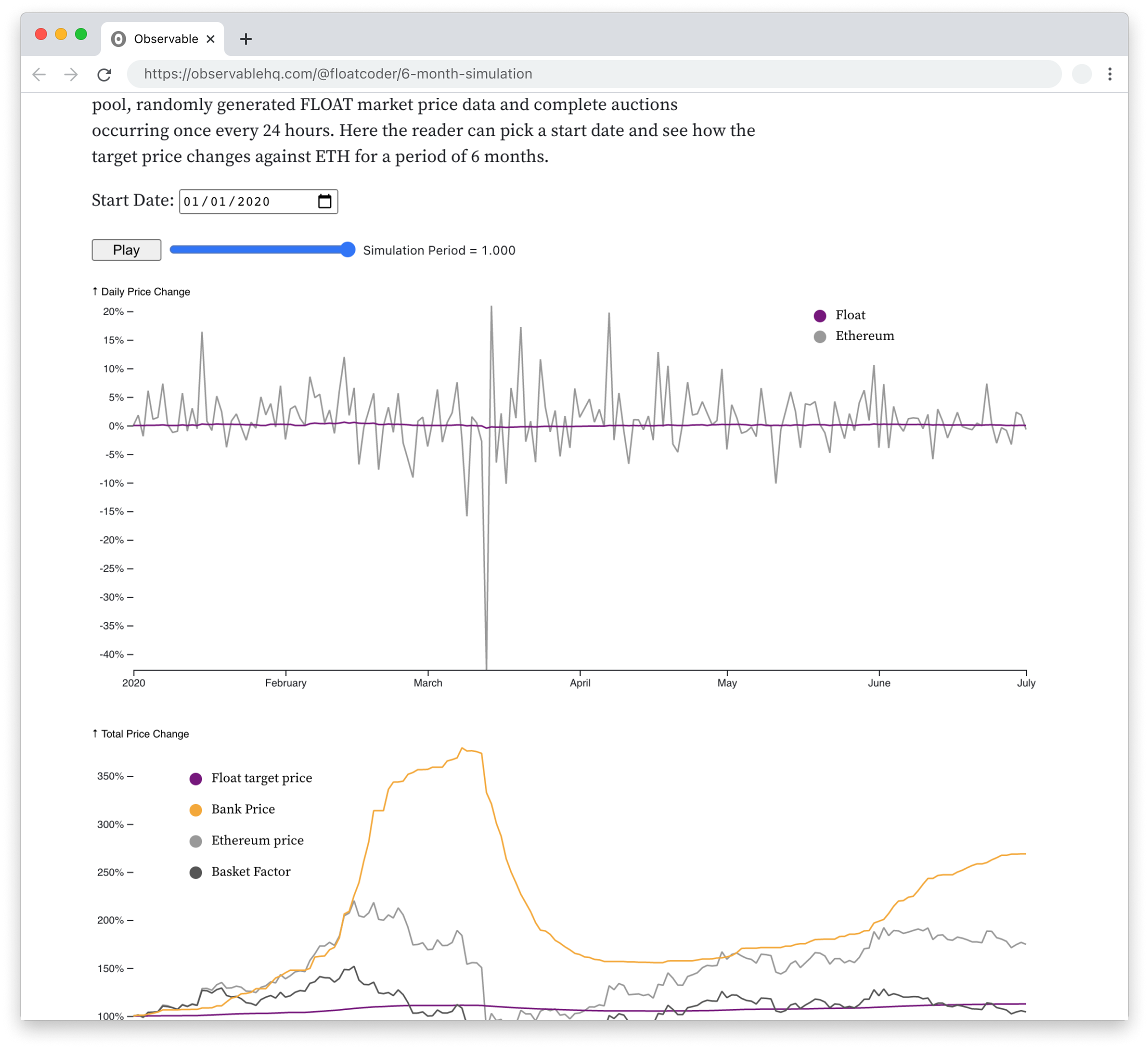 An interactive graph with live data

Rather than the readers having to trust that Float Protocol used the equations mentioned to generate the figures they could actually see it for themselves. Moreover, they gain the ability to play with the Dutch auctions in different market conditions through easy-to-build interactive elements.

“Having an interactive litepaper by using Observable has not only allowed us to convey complex topics in a simple manner but also enabled us at Float Protocol to easily play with different scenarios and try and break things, says John L.”

The ability to combine both markdown, LaTeX and interactive elements provided an excellent experience for both the writer and reader. 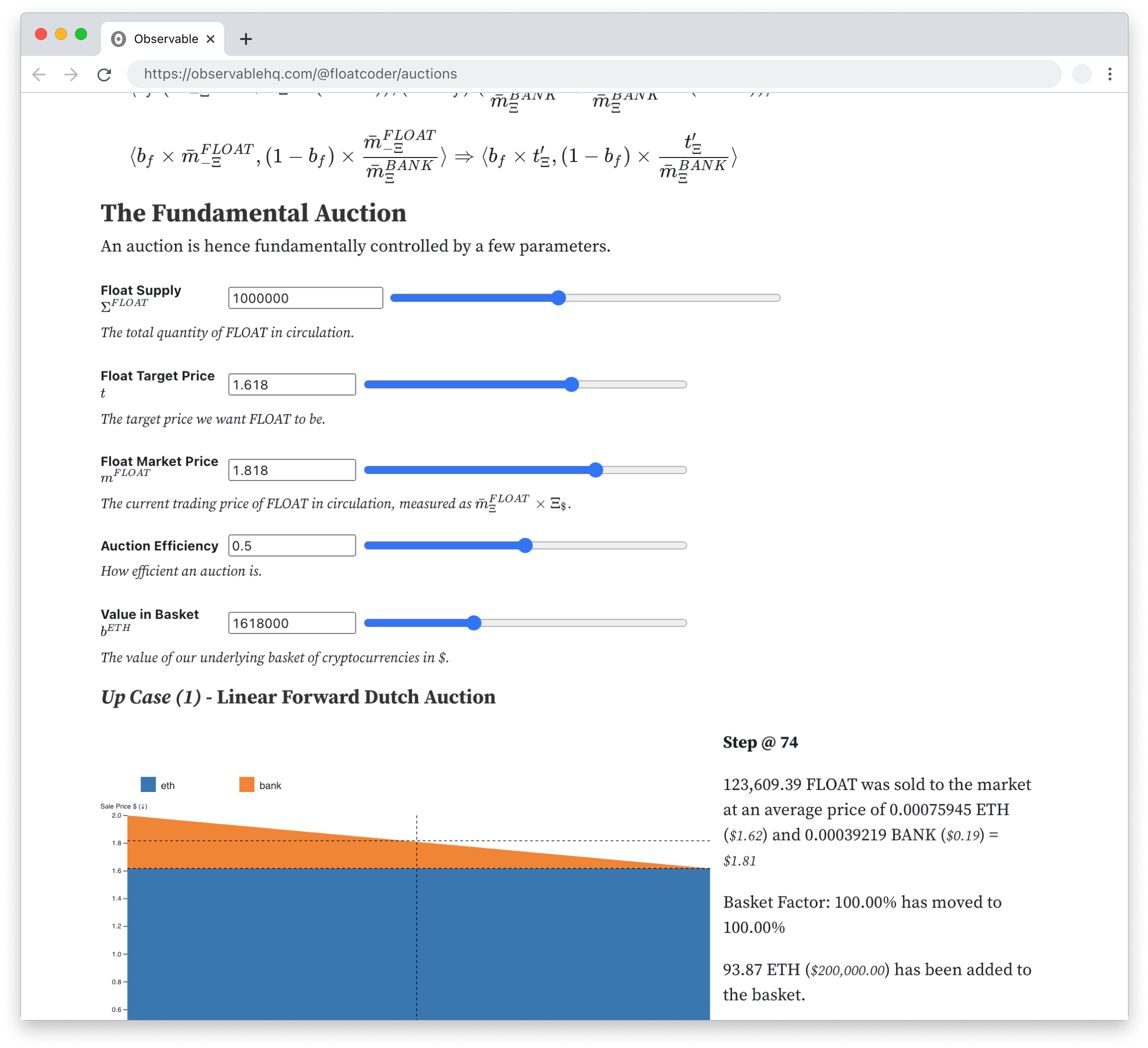 Readers can play with the model for easier understanding

All the data used is generated in the notebook or pulled from an API, for example the historical Ethereum price market data. This means that the complexities of the Protocol can be broken down and explained in a simple yet understandable manner. With Observable being web based, sharing the litepaper is as easy as sending a link, there is no need to send datasets alongside or install necessary packages locally. There is complete transparency, even more so than typical academic journals, as the reader no longer has to trust but can directly verify the code and the data used in the litepaper.

“Before using Observable most of my work like this was done in a Jupyter notebook. Moving over to something completely web based like Observable made it easy to share with the world without having to worry about correct packages and imports on local machines.” 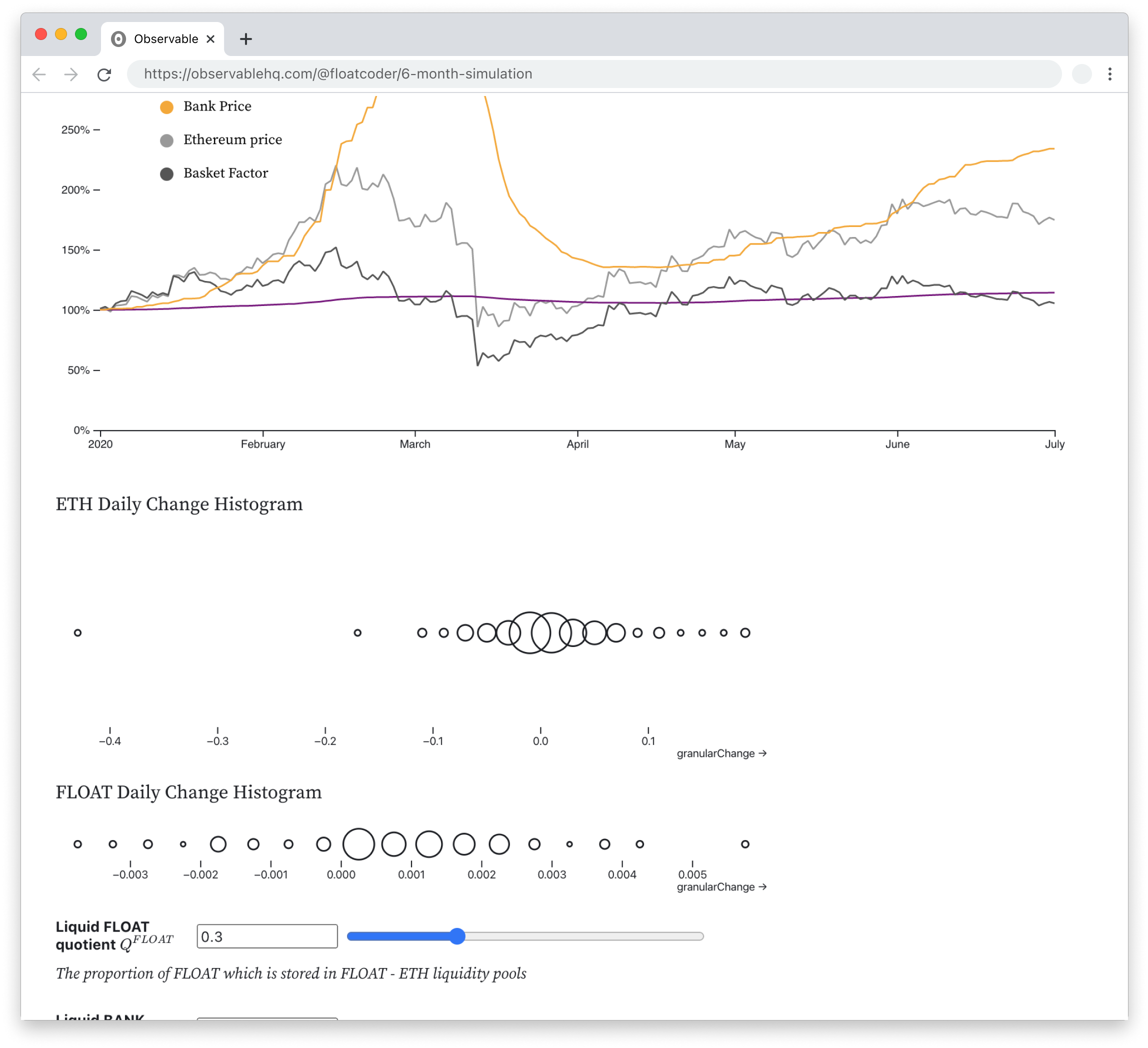