“In our line of work, we have complex security, auditability and tracking requirements, and providing access to production data without exposing our internal network or compromising our security is a real challenge” 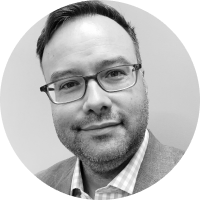 Head of Digital Innovation at Sumitovant

Sumitovant Biopharma is a tech-forward biopharmaceutical company seeking to improve the lives of people globally by using technology to rapidly develop and deliver new therapies that address unmet needs. With its family of five subsidiary biotech companies known as Vants, Sumitovant’s aim is to foster speed, agility, and efficiency as they advance their healthcare agendas around the globe.

To enable their strategy across the subsidiary companies (Vants), Sumitovant created a team of Digital Innovators (DIs), who act as internal consultants for each Vant. The DIs are responsible for bringing novel technical solutions to bear on problems in drug discovery, development and commercialization, often by using advanced data modeling and analysis.

One of the key needs of the DIs is creating visualizations from databases in the company’s secure internal network.

“In our line of work, we have complex security, auditability and tracking requirements, and due to the structure of our teams, providing access to production data without exposing our internal network or compromising our security is a real challenge,” says Steve Prewitt, Head of Digital Innovation for Sumitovant.

“Prior to using Observable, most visualization work was kind of done by hand in Python Flask applications with HTML templates, handwritten JavaScript, and bespoke methods. It wasn’t a proper way of scaling the work across the company.”

“So when we came across Observable and saw the potential to solve the visualization needs of the DIs elegantly and learned that we could connect all our notebooks without exposing our internal network, we knew we could move forward.”

“Key to so much of the work in the pharmaceutical industry is finding the right patient population for drug development.” says Mark Rutledge, a DI at Altavant.

“To solve this, I created an Observable notebook that pulls data directly from our secure databases and presents it in a dashboard, where the user can find clusters of relevant patients much more easily. This is being used by our decision makers in the business to quickly find the right patients to focus on.” 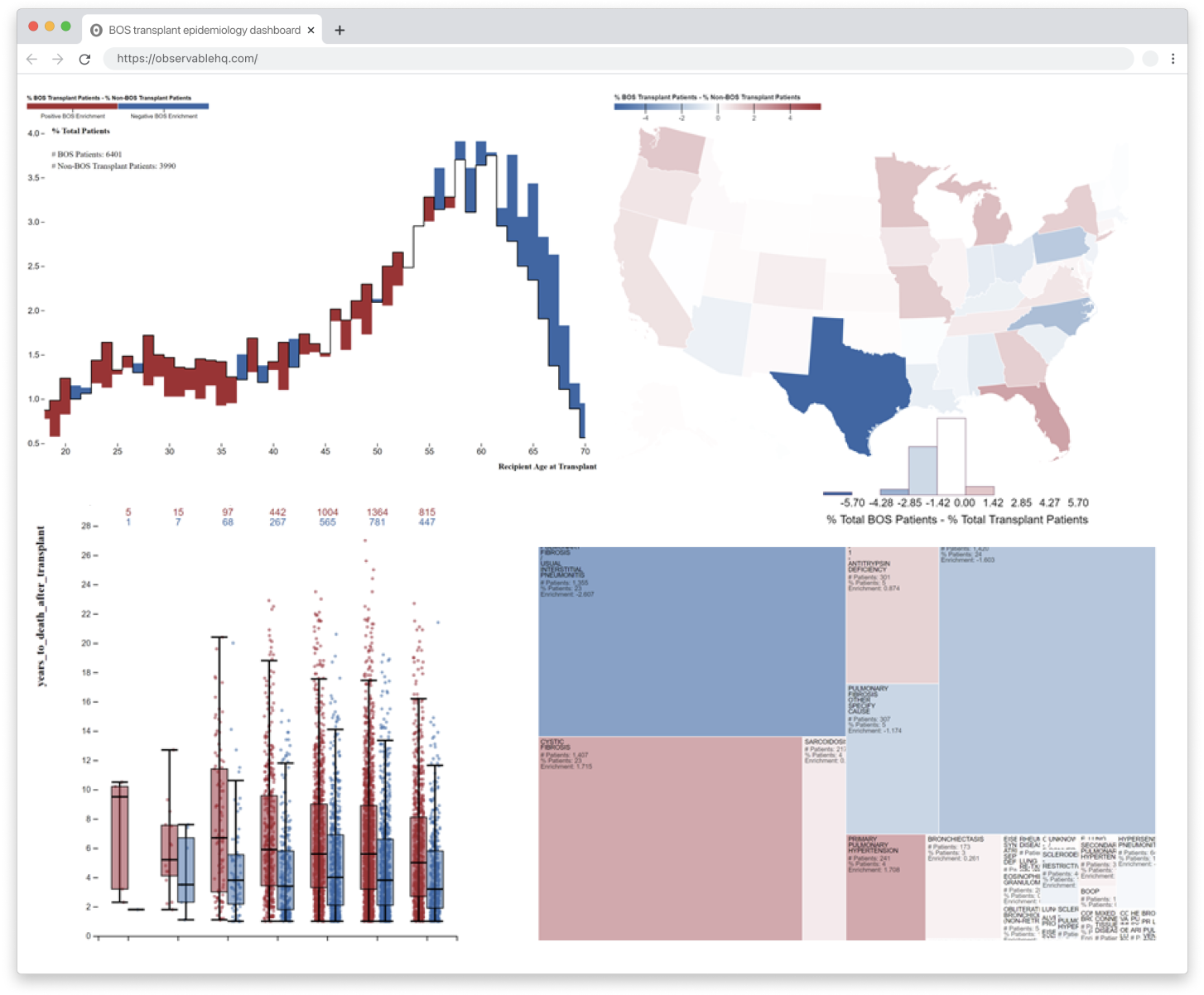 Another example of where Observable is being used is on the go-to-market side, where analysis of key opinion leaders in the field revealed who to target for helping to spread awareness of the new products or therapies. The work here started off as a rapid exploration and iteration by Timothy Tran, a DI at Urovant. He first started off using some existing D3-based visualizations he found on Observable (tidy trees), which were visually interesting to look at, but was not particularly useful to the stakeholders. So he went back to the drawing board.

“My first version was really fast to do. I forked an example and experimented with it to see if the visualization got the message across or not. It didn’t, so I went to look for a better way to present the data. I found another notebook which captured a similar set of data as the first one, tried it out with my use case, and it ended up really resonating with the stakeholders.

“This quick iteration is a big feature when using Observable. There are so many examples on Observable, and the ability to search, see work from other users, and fork their notebooks, is great. There may be a lot of code, but I only need to figure out what to change rather than starting from scratch. This means I can move much more quickly, and that’s a huge benefit.” 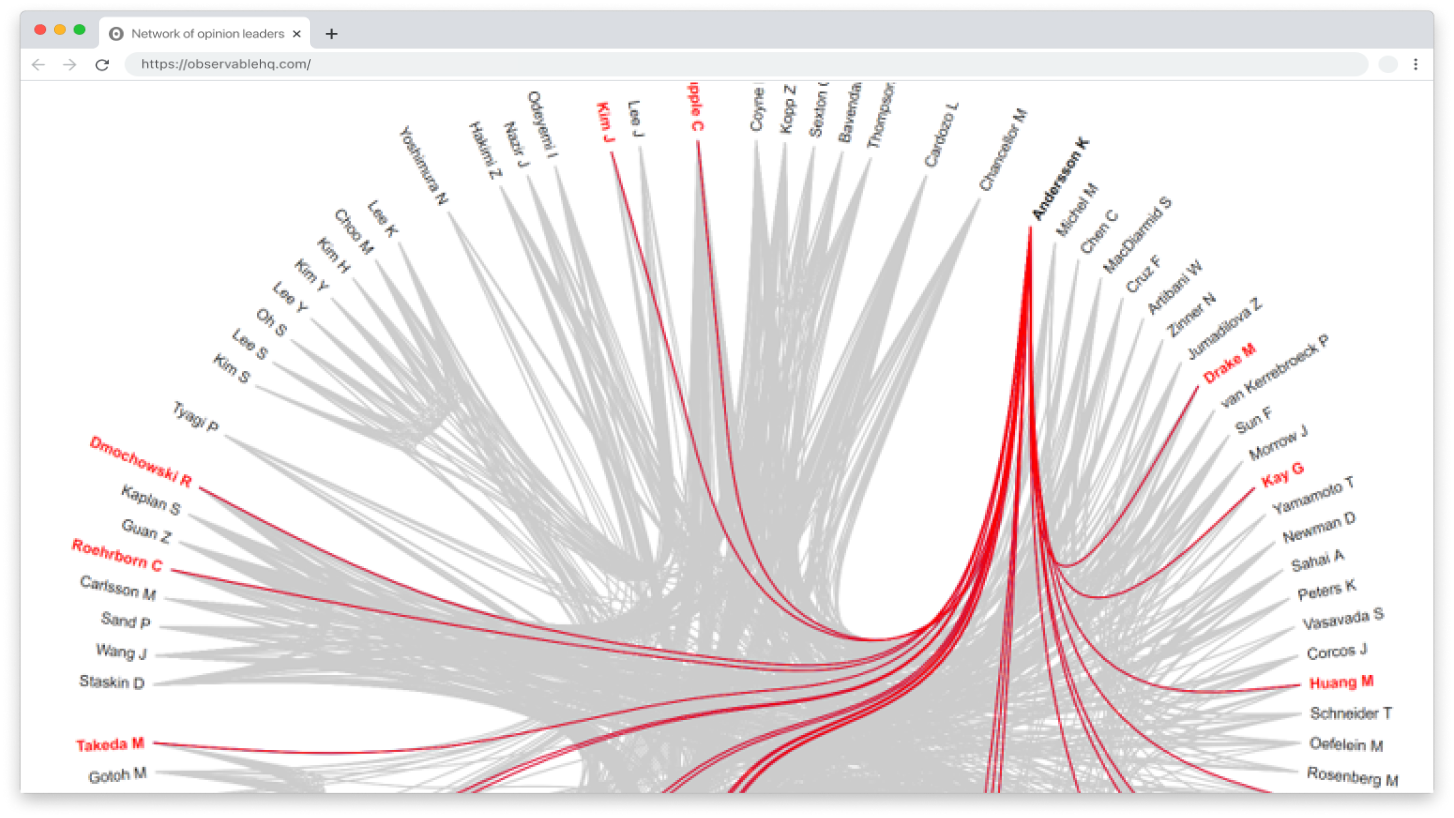 New insights through a richness of expression

The ease of engagement and richness of expression has revealed new information. “We often find that they have all of the information in their database, but it’s never been put into a map or other visual that shows what’s going on. And when I show a visualization of their data to them for the first time, there’s this moment of ‘Wow! Who knew?’ ”

“One visualization was so powerful that the stakeholders agreed to act on the insight and next thing you know we suddenly had a 20% increase in the number of people to engage as key opinion leaders.”

“It’s not just the work that’s being done, or the pace, but the collaborative and iterative nature that is making Observable such an impactful tool for us,” says Sinan Unur, DevOps Lead.
Use Observable at Work